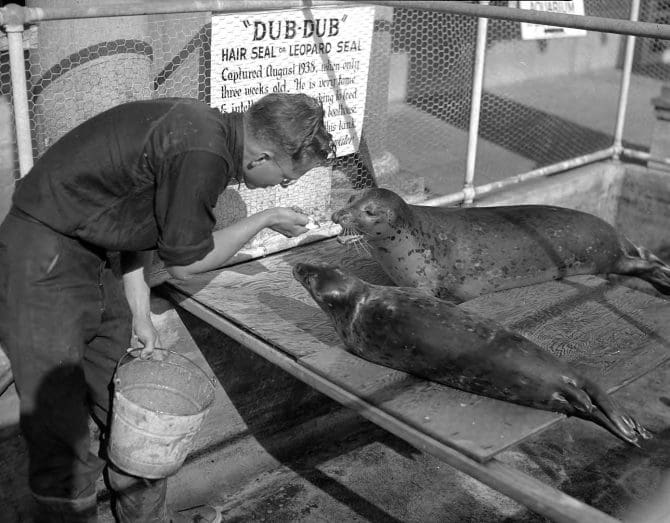 Aquarist Wilhelm Jordan is feeding "Dub Dub", top right, and friend, Fi Fi the 2nd, tasty seal food. Dub Dub was only three weeks old in August, 1938, when he was captured and placed in the Point Defiance park aquarium. For many years, Dub Dub entertained children with his antics and was one of the biggest attractions at the park. The beloved seal is now honored by a statue at the Point Defiance Zoo and Aquarium.