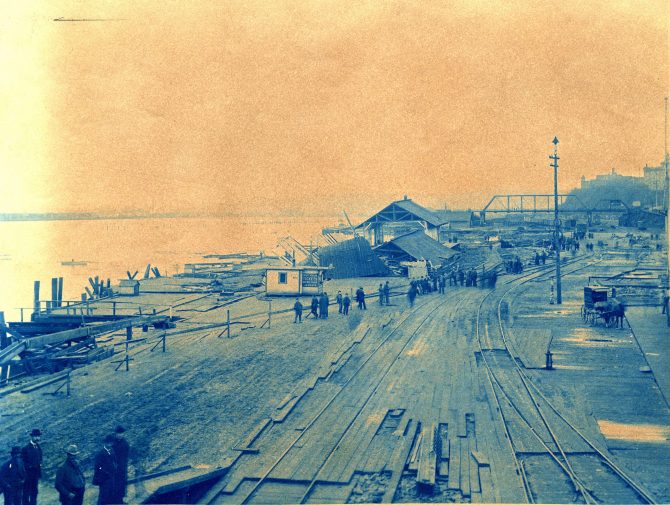 At 11:10 in the evening of November 28, 1894, a landslide collapsed the Northern Pacific Railway's Dock, carrying the company's warehouse, freight office, pump house, and the home of H.H. Alger into the waters of Commencement Bay. Two lives were lost in the disaster. In the daylight of the following day, people flocked to see the area's devastation and the previously inhabited area now covered with water. When the land stopped sliding, it was estimated that the Bay now covered 20 acres of previously inhabited land with 60 feet of water. The slide was attributed to a washing out of quicksand beneath the filled-in earth.