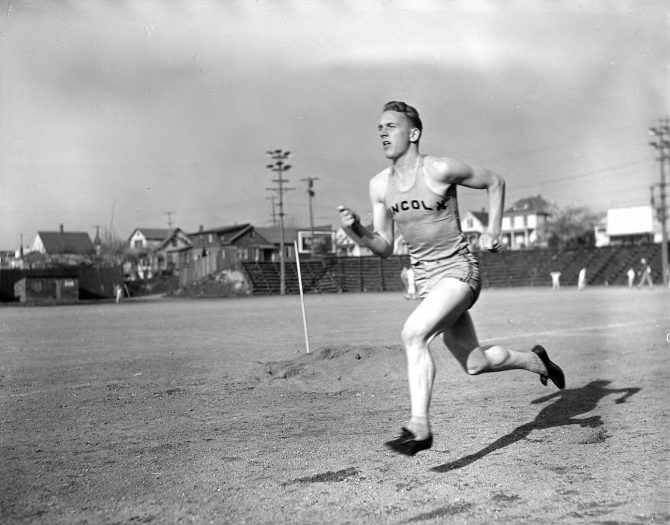 The most promising of the 1941 Lincoln High School sprinters was Dick Keniston. The powerful runner was better than six feet tall and weighed in at 200 pounds. Dubbed the "big blond bullet" by the Lincolnian yearbook, he ran the 220-yard dash in 22.7, which was then an exceptional time for early season sprinting. He had helped the Black and Gold track team to victory in the 1940 City District Meet and a second place tie in that year's State Meet. This photograph was used by the Tacoma Times in their March 27, 1941, issue when Keniston barely lost in a time trial with Hal Berndt, Lincoln grad and state prep record holder in the 100-yard dash.