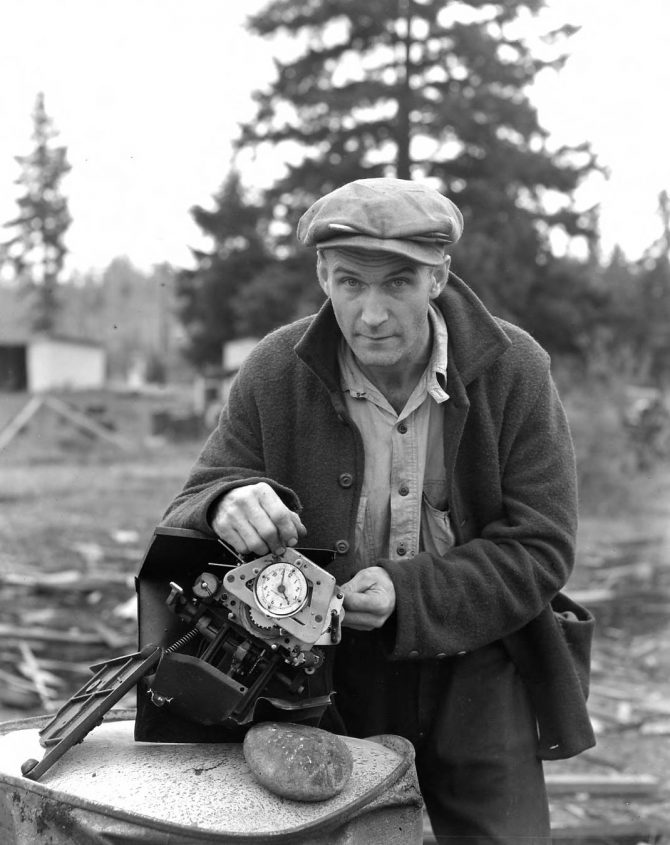 Two massive explosions at the Denn Powder Co. dynamite plant eight miles northeast of Olympia, on June 27, 1934, killed ten people outright and injured six. Packing room employee O.R. Mitchell displays a damaged time clock with its hands stopped at 3:55, the time of the blasts. Many of the deaths and injuries may have occurred when workers, attempting to put out fires caused by the first explosion, were then caught in the second blast.