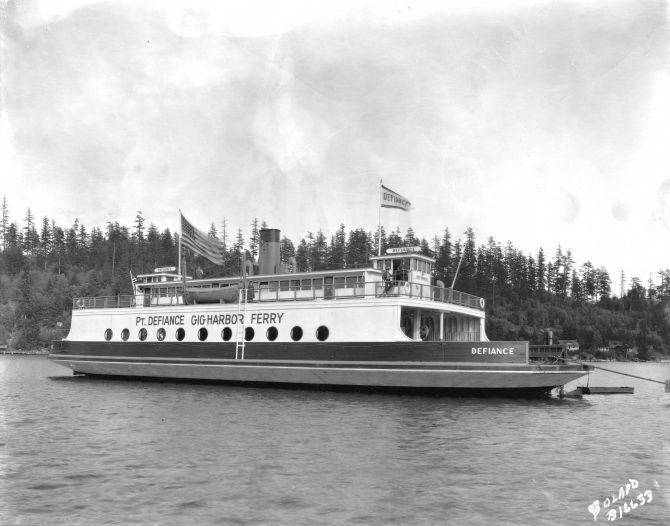 The new Point Defiance to Gig Harbor ferry, "Defiance." The 180-foot wooden ferry constructed of Douglas fir, with a capacity of 70 cars, was built by the Skansie Shipbuilding Co. in Gig Harbor and started on her Gig Harbor run on April 3, 1927. The new ferry was designed to speed up traffic between Tacoma and the Gig Harbor peninsula. She was licensed to carry 500 foot passengers and 70 cars.