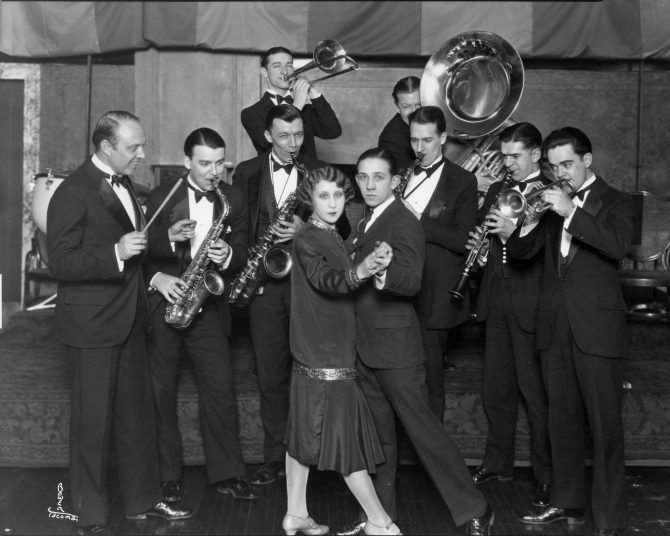 Ruth DuCharme and Orville Fuller posed in January of 1926 surrounded by Bill Winder (extreme left) and his Hotel Winthrop Orchestra. The pair was taking part in the Southwest Washington Championship Ho-down Ballroom Charleston competition which kicked off on January 23, 1926. The contest was sponsored by the Rialto Theater and the Hotel Winthrop and took place over 4 weeks. It featured dancers from Tacoma, Aberdeen, Chehalis, Centralia and Olympia. Winners were decided by popular applause. When all the shouting was over, Mrs. DuCharme and Mr. Fuller were the Tacoma champions. This was the first big ballroom Charleston contest to be held locally.