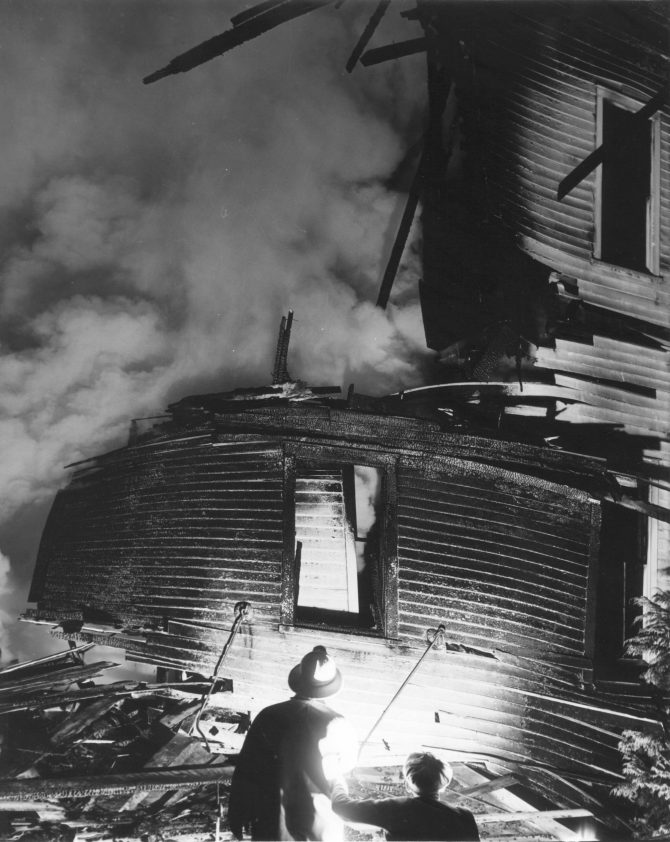 On June 21, 1938, firemen watch as the side of a building collapses and smoke billows from inside. The $30,000 fire on June 20-21 at the United States Cushman Indian Hospital destroyed the hospital commissary, a two and 1/2 story, wood frame building. The intense flames lit up the night for miles. The fire fight was hampered by a lack of water pressure. The Indian Hospital had its own pumping system and tank, but the tank had been almost emptied by the evening sprinkling of the grounds. Finally hoses were hooked up to city hydrants on Bay Street, sometimes blocks away. The commissary was razed, but its secluded location from other structures meant that the hospital itself was not in danger.