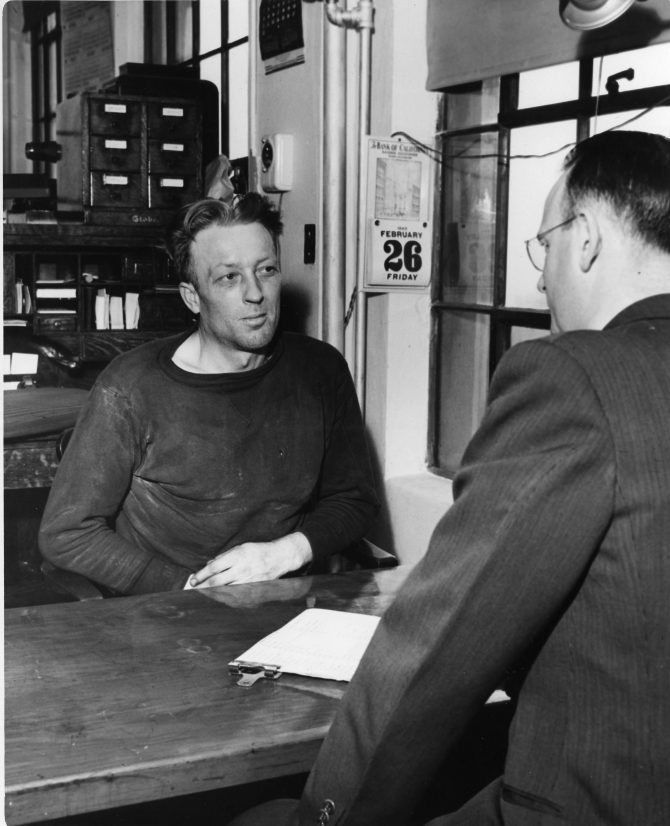 Gust Gall, 39, speaks to police upon being arrested for contributing to the delinquency of a minor in February, 1943. He was being held in city jail in lieu of $1000 bail after being arrested at the Olin Corporation plant on late Thursday, February 25, 1943. His 13-year-old daughter Phyllis was found with her ankles chained in the family home by a playmate. Phyllis Gall accused her father of the deed and said that she was forced to sleep with the chains and padlocks. Gust Gall was removed to the county jail on February 27th. His daughter remained in a county detention home. On March 12, 1943, Mr. Gall was given a 15-day suspended sentence for hobbling his daughter with a dog chain. His daughter herself came to her father's defense testifying that she had run away from home twice and that her father was merely punishing her.