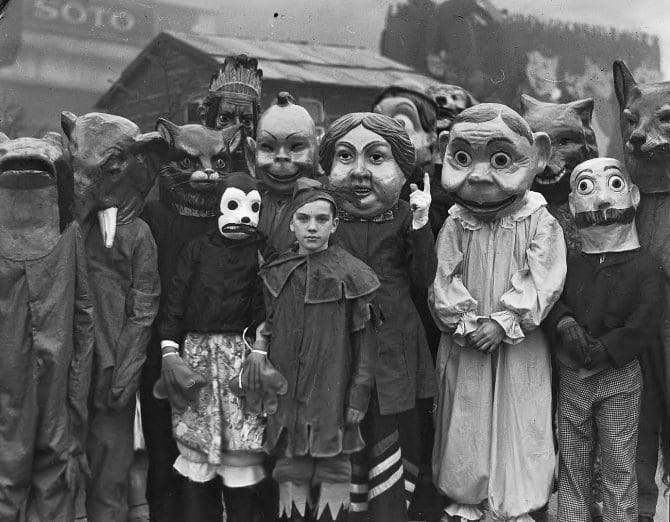 This group of elaborately costumed Tacomans took part in the annual Toyland Parade on the morning of November 27, 1936 through the streets of downtown Tacoma. The first float in the parade carried Santa Claus in a giant sled pulled by 2 white reindeer. The Toyland Parade was the official opening for the Christmas shopping season.