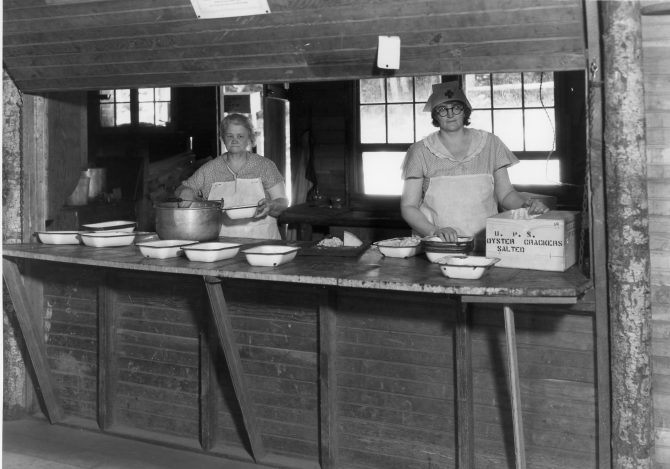 The two cooks pictured here look prepared to serve hordes of hungry boys at the YMCA's Camp Seymour in August 1931. It appears that oyster stew is on the menu for the day, accompanied by small salted oyster crackers. The YMCA summer camp at Glen Cove (then called Balch's Cove) was established in 1907 thanks to the generosity of Tacoma mayor and businessman William W. Seymour. The camp was officially named Camp Seymour in 1926, in recognition of Mayor Seymour's gift.  http://goo.gl/63XDJe