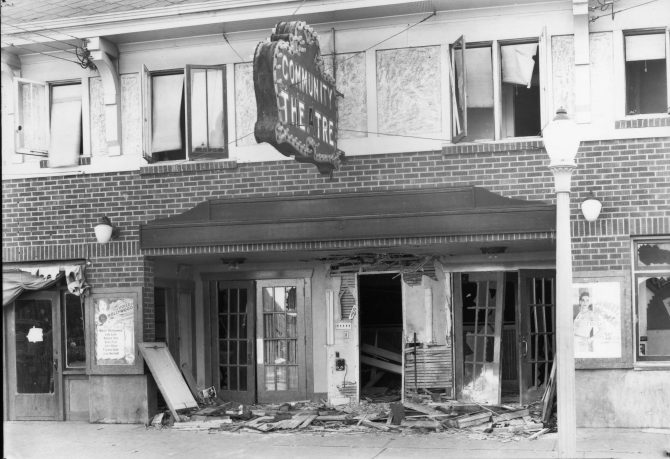 The entire front of the Community Theater at 5441 South "M" St. was heavily damaged by explosives in the early morning hours of Sunday, October 5, 1930. 3-5 sticks of dynamite were shoved through the bars of the ticket office window. Parts of the ticket booth were blown across the street, and door castings, drapes, plaster and glass were blown inward as far as the stage. A loudspeaker and projection machine were also damaged. The bombing caused damage to stores across the street with multiple shattered windows, and buildings and houses in nearby blocks were shaken with minor damage. This was one of two neighborhood theaters bombed that morning. goo.gl/iC83Im