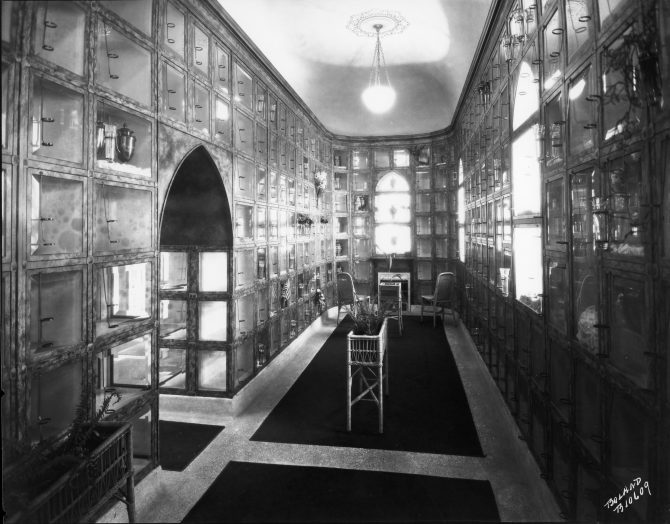 This August 1924 photo showcases the recently added columbarium at Oakwood Cemetery & Funeral Home in Tacoma. In response to an increasing number of cremations, an additional columbarium was built in 1923 to supplement the original, smaller one. The niches, stacked one on top of another, were encased in glass so that urns and other mementos could be clearly viewed. A few chairs were available for those who wished to rest while paying their respects.
http://goo.gl/3ZxkIl