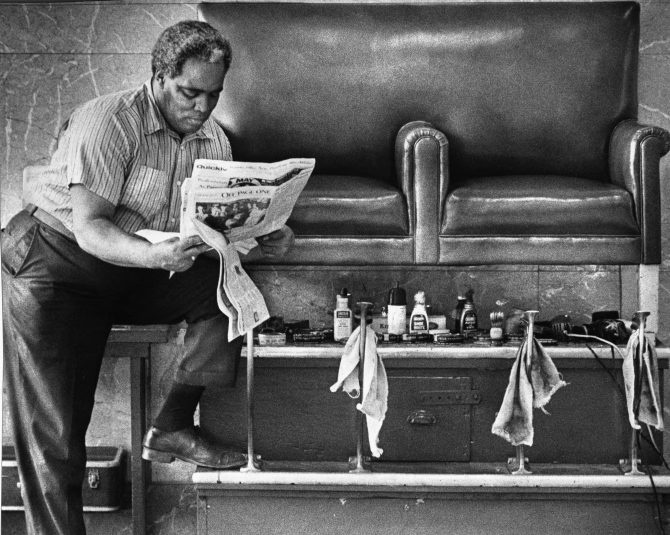 The shoeshine stand at the County-City Building was back in business with 25-year Army veteran Clarence Blair in charge. Mr. Blair re-opened the first floor stand on May 20, 1976. The stand dated back to 1911 when it was first installed in the old Pierce County Courthouse. Prior to his military career Mr. Blair operated a stand in Harlem where Louis Armstrong and Sugar Ray Robinson were among his many clients. Shines cost a dime in the mid-40s compared to the 50 cents price in 1976. Mr. Blair ran a shoeshine stand at the Gay Nineties Barber Shop in the Tacoma Mall before coming to the County-City Building.