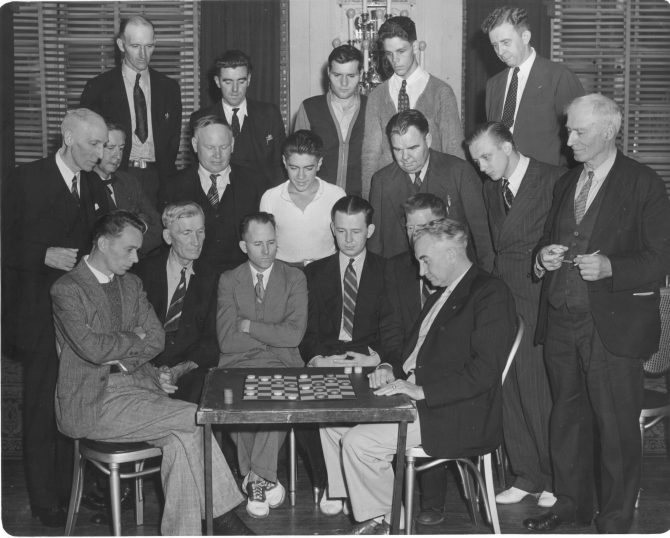 All eyes were on the board as two unidentified men faced off in the National Checker Association's second annual title tournament at the Winthrop Hotel on August 31, 1939. Expert players from throughout the US poured into Tacoma to be in the competition. The tournament, which began on August 28th, had a record entry of 30 players. The overall winner would be awarded a new automobile, the largest prize ever offered in a checker tournament. http://goo.gl/nPl854