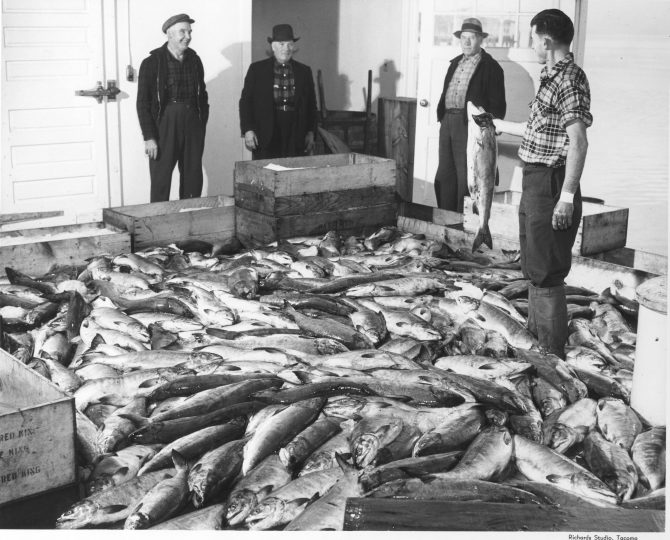 Steve Cvitovich holds up a large salmon for the approval of three unidentified men on November 10, 1951 inside the Ocean Fish Mart at 2201 Ruston Way. The Ocean Fish Mart was built on pilings so that boats could tie up right at their back door to deliver freshly caught fish directly to market. It was owned and operated by John P. Karabaich. In the mid-1970s it was purchased by John Cologerou Sr. and John Gerontis; they changed the name to Johnny's Ocean Fish Company.