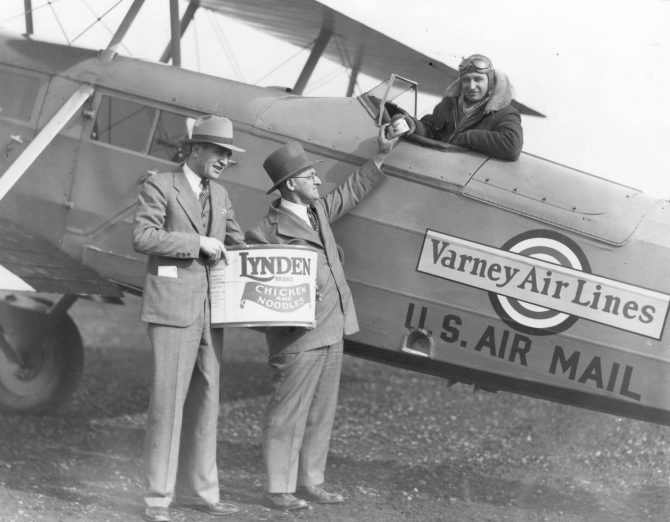 Lynden's canned chicken and chicken with noodles were among the first Tacoma-made products carried in the inaugural air express service flight from Tacoma on March 1, 1930. Varney Air Lines, piloted by Al Davis, made a brief stop in his large cabin Boeing plane at Mueller-Harkins Airport, 4500 Steilacoom Blvd. SW. R.E. Darling, manager of the Washington Cooperative Association, is pictured handing a can of Lynden Brand chicken to pilot Davis; it and the larger can of chicken and noodles were destined for New York.