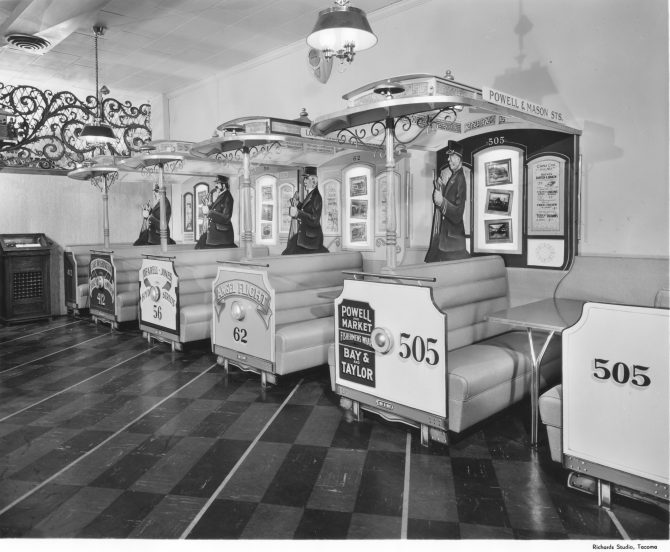 Steve's Cafe, more commonly known as Steve's Gay 90's, was a popular eating establishment for several decades. Located on South Tacoma Way, it was owned by Stephen O. Pease and John J. Stanley and offered, according to the 1954 Tacoma city directory, a "Smorgasbord of American Dishes Served in an Atmosphere of the Gay 90's." In the summer of 1954, new "cable-car" seating was added with the names of various streets and cable car numbers attached to the ends of the benches. Powell & Market #505, Angel Flight #62 and Lake Washington/Yesler/Pioneer Square #412 were just a few signs pictured in this July 1954 photograph. A Cable Car Menu posted indicated that french fried prawns in a basket could be purchased for $1.00, half a fried chicken for $1.25 and Steve's Dutch Lunch for 75 cents.   http://goo.gl/2zn0W9