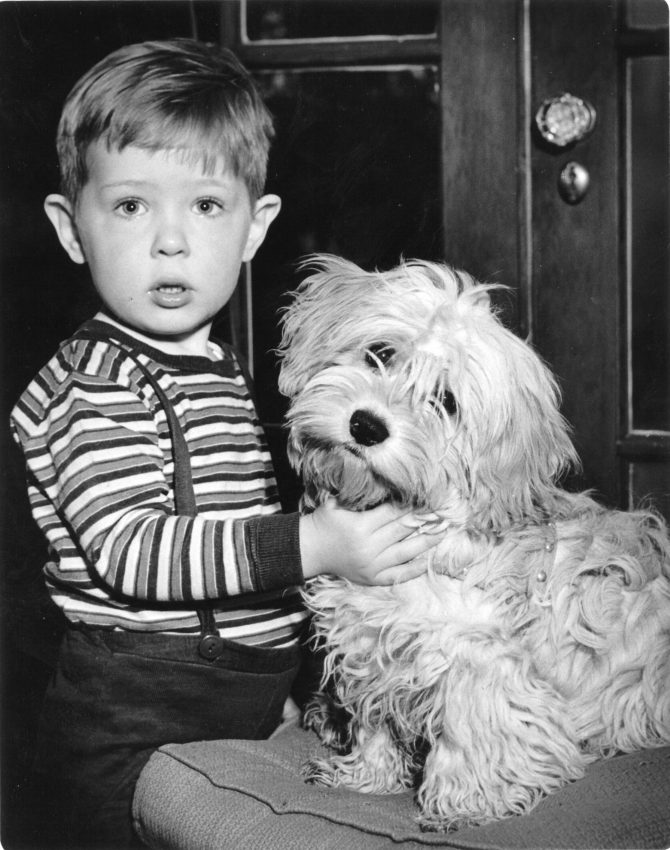 In 1940, the heated election fight between former mayor Melvin G. Tennent and Harry P. Cain ended in March with Mr. Cain elected mayor of Tacoma. Mr. Cain's name had been placed on the ballot by a superior court mandamus order days before the election. "This is the dirtiest deal ever pulled in the city of Tacoma" declared a bitter Mr. Tennent after the election. The Tacoma Times journeyed to the Cain's home on Wednesday, March 13, 1940, to photograph the newly elected mayor and his family. Harry P. Cain II (Buzzy), age two, and his small dog Ricky pose for the camera the morning after his father's victory.