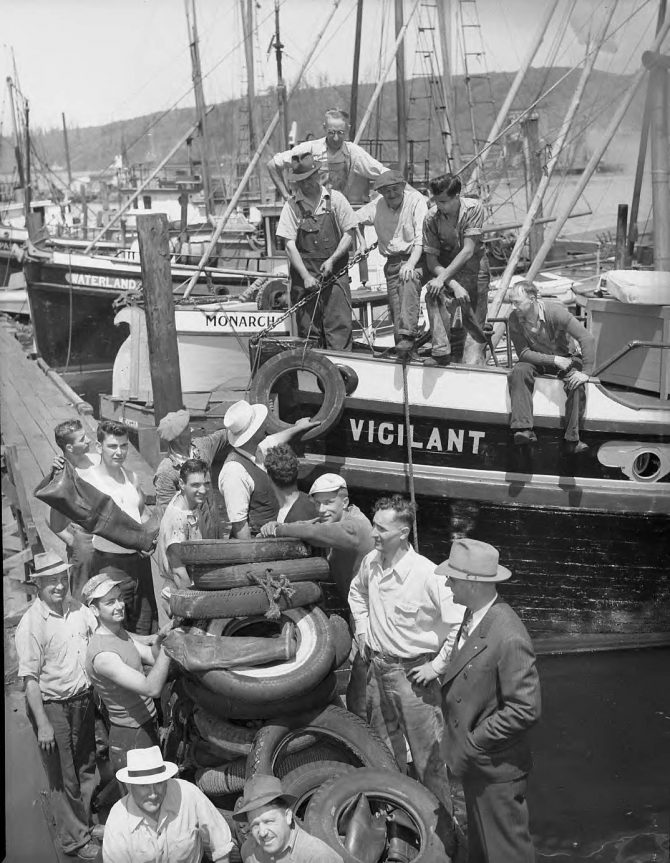 When President F.D. Roosevelt called for a nationwide scrap rubber collection campaign to take place June 15-30, 1942, Tacoma's fishing fleet responded by giving up their boat bumpers to "Bump" the Axis. Rubber recycling was necessary because 92% of the U.S.'s normal supply of crude rubber had been cut off by the Japanese. On June 22, the fishing fleet turned over 800 pounds of rubber, most of it old tires that had been used on the boats as bumpers; the tires had protected the boats when docking and launching.