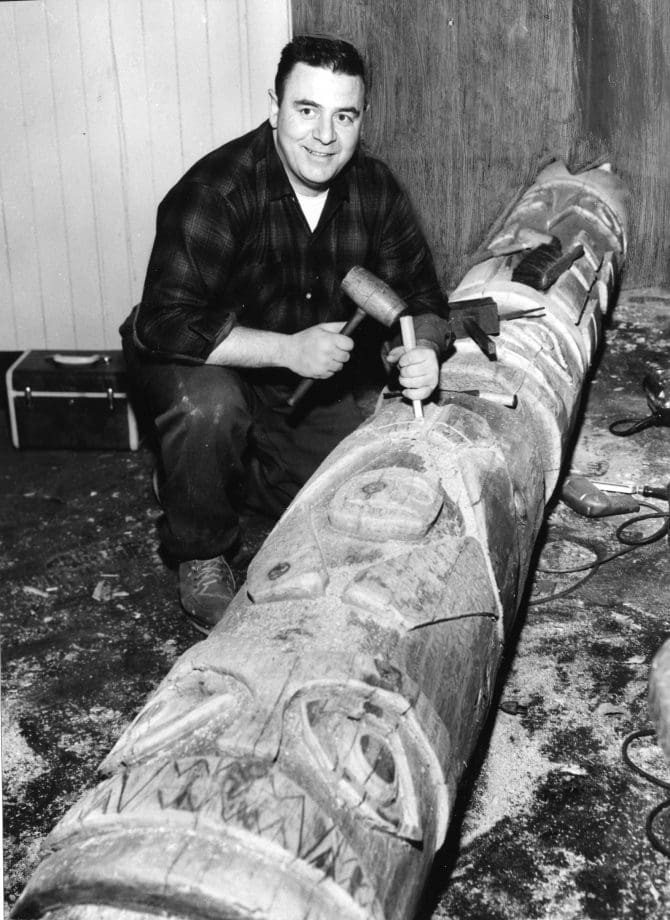 Bud C. E. Cairns - Local teacher whittling 35-foot totem pole designed for Tacoma's sister city in Japan. Mr. Cairns, an English teacher at Stadium High School and a graduate of Pacific Lutheran University, had spent a little over two weeks carving a full-sized totem pole to be presented to the City of Kokura, Japan, Tacoma's sister city. Cascade Pole Co. donated the 35-foot cedar log for the project which was hauled to the 9th & A Fire Station where the fire department donated the space. It was the biggest totem pole he had ever carved as he had previously donated three-foot totem poles to the United Good Neighbors to be used as awards.