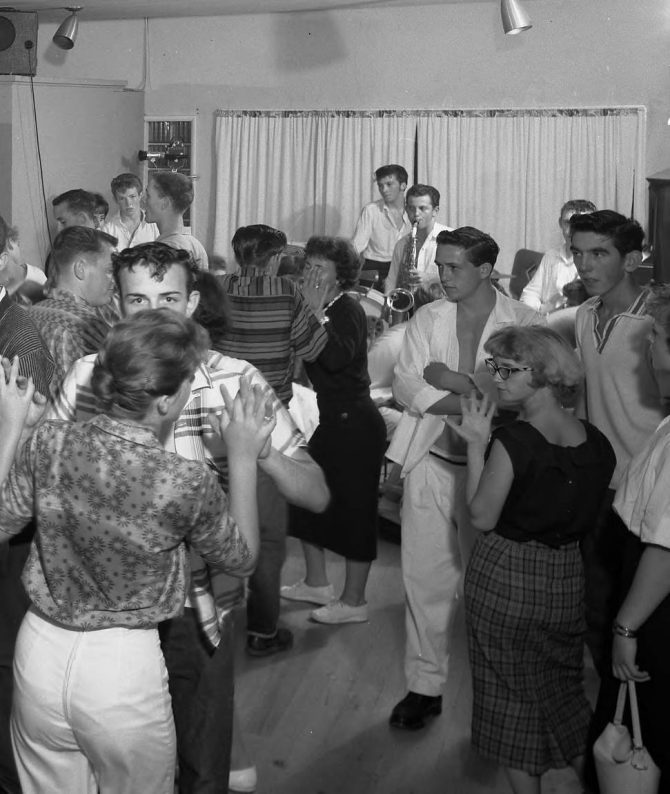 On July 16, 1958, teenagers crowd the floor, rocking to the sounds of the Bluenotes at the Little J.E.M. Cafe on Highway 99. The Bluenotes, pioneers in the Northwest rock scene, had formed a garage band in 1956 while the musicians were still in middle school. Originators of the band can be seen, left to right, Buck Ormsby on the bass, Lassie Aanes on the drums, Frank Dutra on saxophone and Bill Engelhart (barely visible) on guitar. Not pictured is Robin Roberts on featured vocals. The band, with a few personnel changes, released a hit record in 1959, as Little Bill and the Bluenotes, "I Love An Angel."