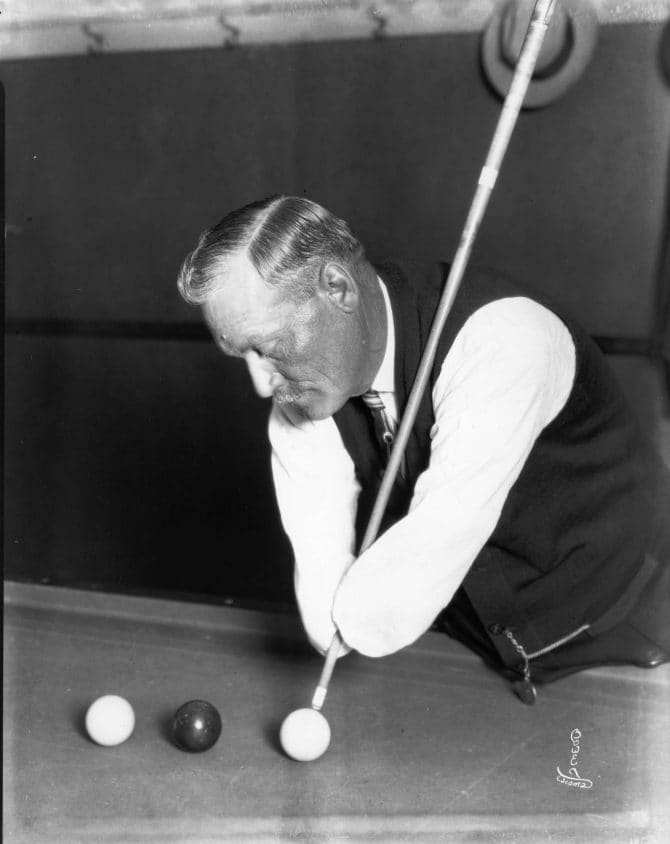 Cue wizard George H. Sutton visited Tacoma's Naubert & Manning billiard academy in October of 1925 where he defeated George Latshaw 250-78, running off 147 in a row. Nicknamed "Handless," Mr. Sutton toured the country and amazed spectators with his skills for almost 35 years. He had lost his arms below the elbows at age 8 in a sawmill accident. This did not prevent him from studying medicine and graduating from the University of Milwaukee. He learned to play billiards during his college years and later set a Balkline world record. Mr. Sutton passed away in 1938, at the age of 68.