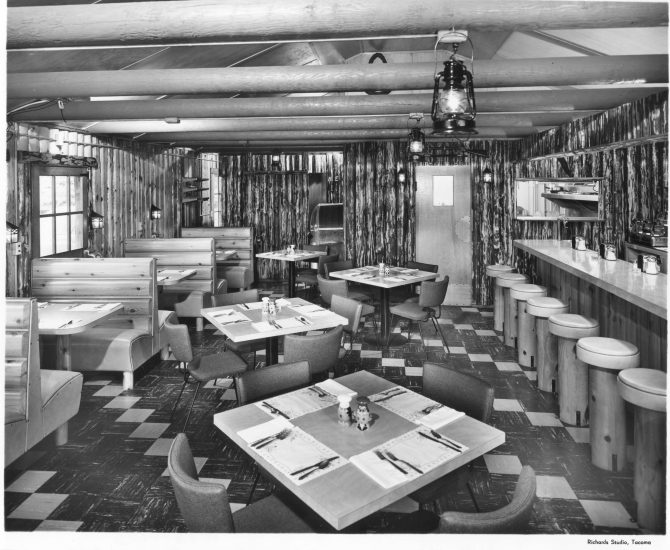 The interior of Ben-Dew's Patio Cafe on Sixth Avenue provided a cozy, rustic atmosphere for dining on the restaurant's well-advertised fried chicken in May, 1954. Up to 60 customers could sit on bar stools resembling logs, paneled booth seating, or regular tables. Lanterns hung from long horizontal poles in the ceiling. The building had formerly housed the landmark Patio Shop before it was extensively remodeled and reopened in late May, 1954. Nearly fifty years after this photograph was taken, Ben-Dew's Clubhouse Grill is still in its same location on Sixth Avenue.