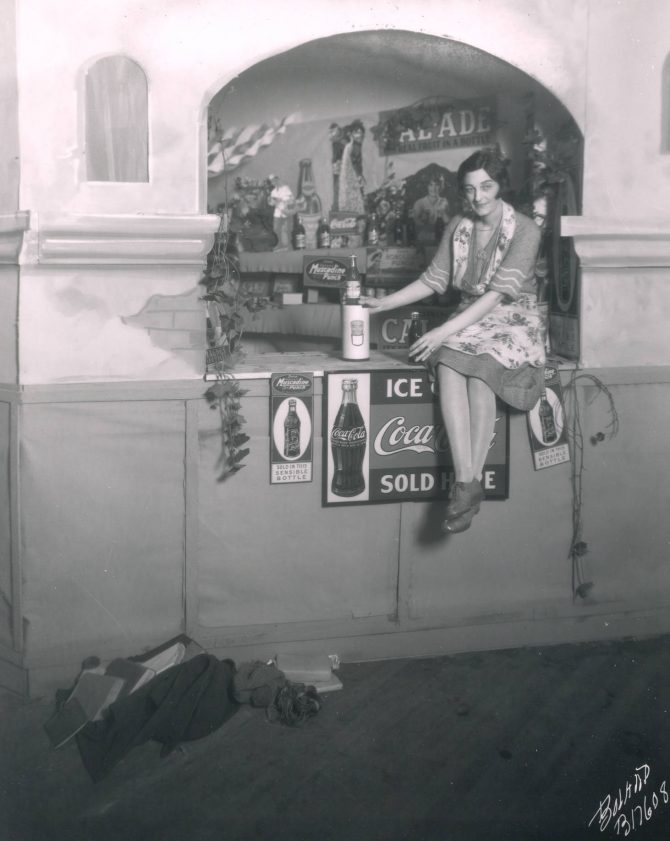 On November 17, 1927, Mrs. A.B. Smith was photographed with bottles of soda pop for sale at a charity benefit. Signs advertising ice cold Coca-Cola and Muscadine (5 cent) punch are attached to the wall. She was monitoring one of the booths at the Bellarmine College Fair, held at St. Leo's high school gym, from November 17-27, 1927. The gym was converted into many old California missions staffed by Catholic women and girls. Money raised during the Fair would support the new Bellarmine College to be built shortly.