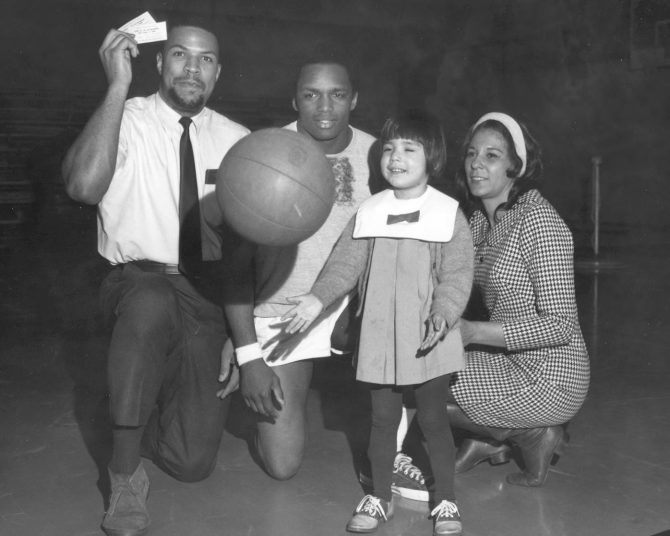 Four-year-old Suzy Jo, a student at the Hilltop Day Care Training Center for Mentally Retarded Children, has her eyes fixed on the bouncing ball while three adults kneel behind her in the University of Puget Sound Fieldhouse on January 15, 1969. Mel Jackson, associate director of the Hilltop Multi-Service Center, jubilantly holds aloft two fundraising tickets to the upcoming UPS-University of Alaska basketball game to be held on February 1, 1969, at the Fieldhouse. Next to Mr. Jackson are Al Roberts, UPS co-chairman of the upcoming charity event, and Mrs. Marguerite Cousins, director of the training center. Proceeds from the benefit match would go to the help students at the learning center. The following year would see the nationally-ranked cagers from UPS play California's University of Redlands, with ticket sales directed once more to the learning center.