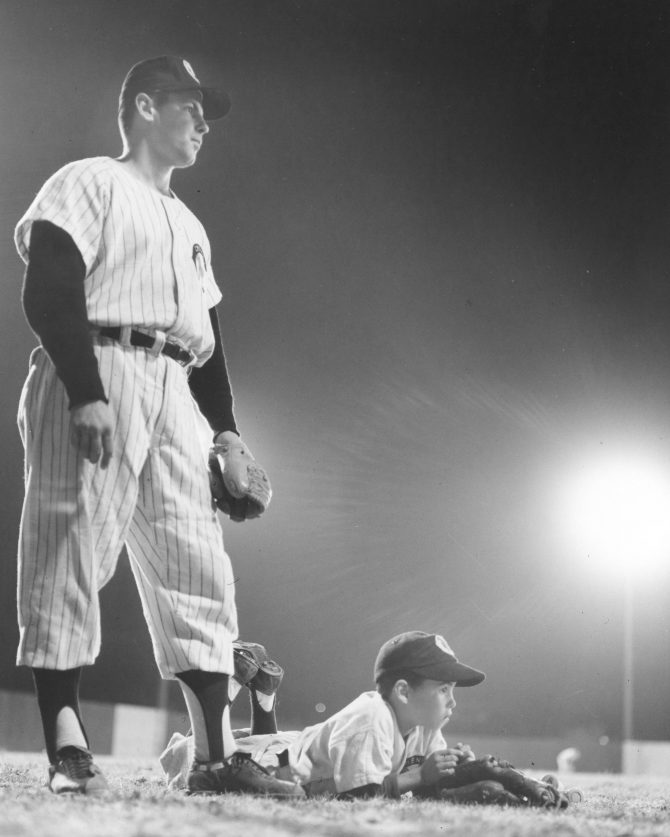 Past and possible future baseball stars stare into the August, 1961, night. The little boy, lying down on the grass, is believed to be Bucky O'Brien, the ball boy for the Cheney Studs, a team sponsored by local lumberman and philanthropist, Ben Cheney. Both he and his older counterpart, believed to be his father Eddie O'Brien, former major leaguer, Seattle University basketball star, and current Studs coach, are wearing striped uniforms decorated with the Studs logo. The Seattle Studs, defending regional and national champs, would attempt to win the Pacific Coast Regional AABC Amateur Baseball tournament held at Cheney Stadium in early September, 1961. They would, however, not be able to defend their title as the team lost to Portland, 2-0; Portland advanced to the national finals at Battle Creek, Michigan.