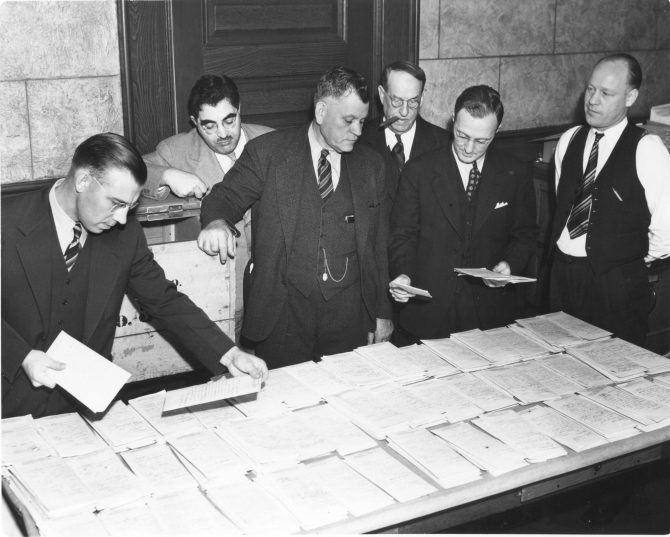 In November of 1940, Pierce County Prosecutor Thor Tollefson supervised the opening and counting of the absentee voters' ballots from the general election. The ballots had to be sorted by precinct and district, and each ballot's signature on the outside had to be compared with applications on file. The 1940 election was especially tense because of the close gubernatorial race between Seattle Mayor Arthur Langlie and Democrat C.C. Dill of Spokane. Absentee ballots cemented Langlie's lead, although Dill refused to concede for several days. From L to R are: Thor Tollefson, County Republican Chairman John F. Buchanan, Frank Perry, personal representative of Arthur Langlie, Auditor S. Clifford Davis, L. G. Higgins, official counter for the Democrats and Vic Johnson, watching for C.C. Dill.  goo.gl/0wXEp7