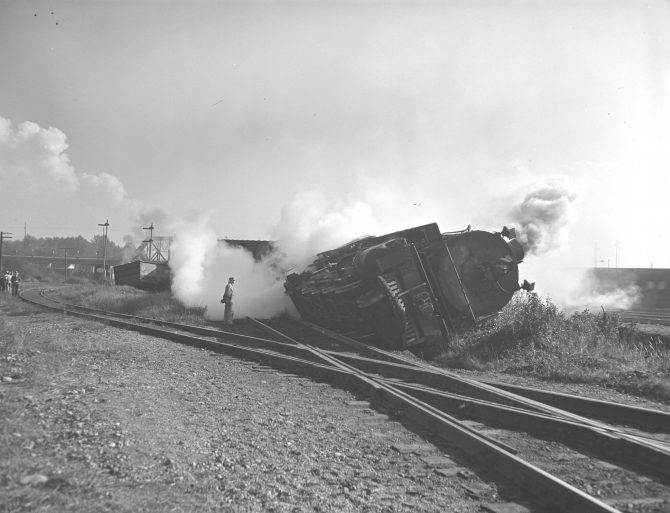 Steam escaped from a Great Northern freight locomotive after the southbound train derailed at 24th and Bay St. on October 15, 1942, and fell over on its side. Six cars piled up behind the derailed engine. Over 100 feet of track were torn up in the mishap, but luckily no one was hurt. The locomotive, known as the Extra 3210, was scheduled only to pause in Tacoma for the coupling of a helper engine. The train was past the Reservation Junction, on the east city outskirts, and had reached the line leading to the drawbridge when the locomotive and tender turned over on their sides. The cause of the accident was unknown at the time the story ran in the newspaper.