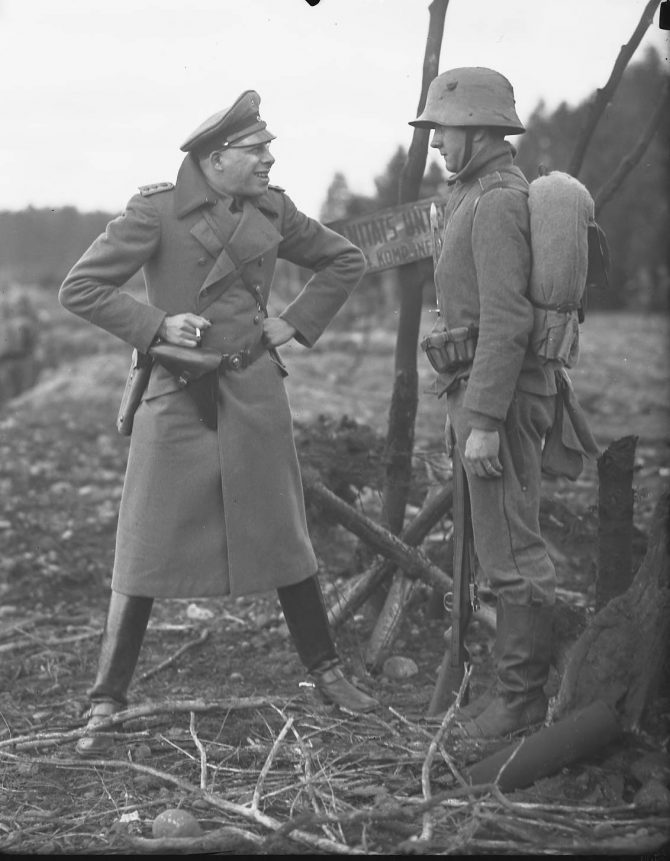 Arms akimbo and cigarette in hand, the German "Crown Prince" converses with a soldier from the "German" Army during filming of "The Patent Leather Kid" at Camp (Fort) Lewis on March 24, 1927. Even the wooden sign behind them is in the German language. The war scenes filmed were said to be the most vividly real sequences ever made for the camera. Trenches were dug, barb wire strung and fallen trees and other debris were scattered across the war zone. Thousands of extras, mostly Army personnel, were used to depict the sheer magnitude of the bloody battle. 37 Army and National Guard tanks were used as well as 100 army trucks, 15 ambulances and 15 wagon trains. Four batteries of 75 mm guns, two batteries of 155 mm guns, two batteries of 8-inch howitzers were also utilized.