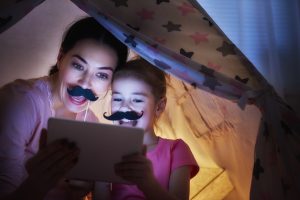 Since 2003, people have shown off good and bad moustaches during “Movember” (mustache + November, get it?) to raise awareness about men’s health issues.  Anyone with a mustache in November can use their “face fringe” to jumpstart discussions about testicular and prostate cancer.  Deepen your discussions about cancer using these titles from Tacoma Public Library.

Rev. Williams made a mistake.  Putting career and reputation first, he skipped routine checkups and ignored troubling symptoms.  When he finally reached out for help, stage IV cancer of the prostate meant he had only enough life left to share his story in this book.

Sportswriter McCallum uses his own experience of prostate cancer to explore in a candid, accessible and often humorous manner, the nature, treatment and current research into the prevention and cures for  this common form of cancer.

What A Difference A Dog Makes

When Jennings and his son find themselves battling aggressive prostate cancer and liver failure respectively, they both find solace in the companionship of Bijou, their "canine Zen master" whose succinct life lessons are peppered throughout the book.

Married for 30-some years, the Lakens confronted and survived male erectile dysfunction as a side effect of prostate surgery. While Keith had the condition , both he and Virginia underwent mutual and individual healing to reinstate sexual intimacy. As they explored their emotional conflicts and shared experiences they validate all readers’ who may be struggling with the decision on when and how to receive and recover from treatment for prostate cancer.

Around 1989, journalist Anthony Radziwill was diagnosed with testicular cancer.  Treatment left him sterile but in remission.  Shortly before his marriage to another prize-winning reporter,  Carole Ann DiFalco, opens a new window, his cancer returned.  Over the next five years, until his death in 1999, his wife was his primary caregiver.  They each completed prize-winning work despite Anthony’s numerous hospitalizations, operations, evaluations and experimental treatments. This is their story.