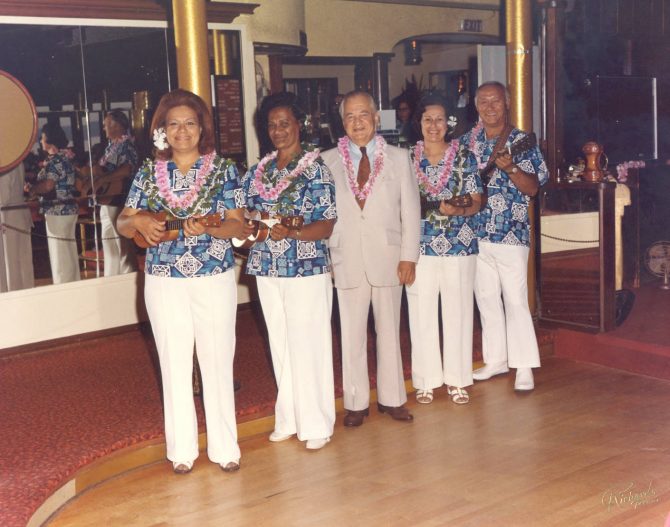 Hawaiian musicians prepare to entertain the 500+ employees and their guests of the new Liberty House/Rhodes department store at an employees' luau held at the Top of the Ocean on August 18, 1974. Rufus Kaukani and his Polynesian troupe were part of the evening's show. Liberty House/Rhodes was a division of Amfac Merchandising, a subsidiary of Amfac of Honolulu. Amfac had stores in Hawaii and Northern California and the new Tacoma store, located at the Tacoma Mall's west end addition, would continue the Pacific islands influence.