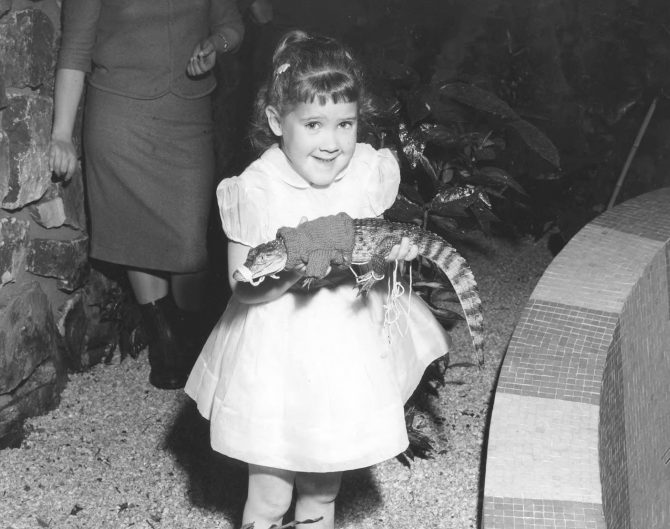 On March 14, 1966 Lisa Long calmly held a three-year-old alligator as she prepared to put it into the tiled pool located at the foot of the winding staircase next to the Bon Marche (now Macy’s) in the Tacoma Mall. The reptile was "dressed" in a small, hand-knitted red turtleneck sweater; his mouth was tied shut with thin cord. The alligator was the new mascot for the local Heart Fund Drive and was to remain in the pool for one week. Lisa, daughter of Mr. and Mrs. Jerry Long of Tacoma, had undergone open heart surgery the previous year at Mary Bridge. All coins tossed by wishmakers into the pool were to be given to Mary Bridge Children's Hospital. The pool was eventually eliminated when the Mall was remodeled some years later.