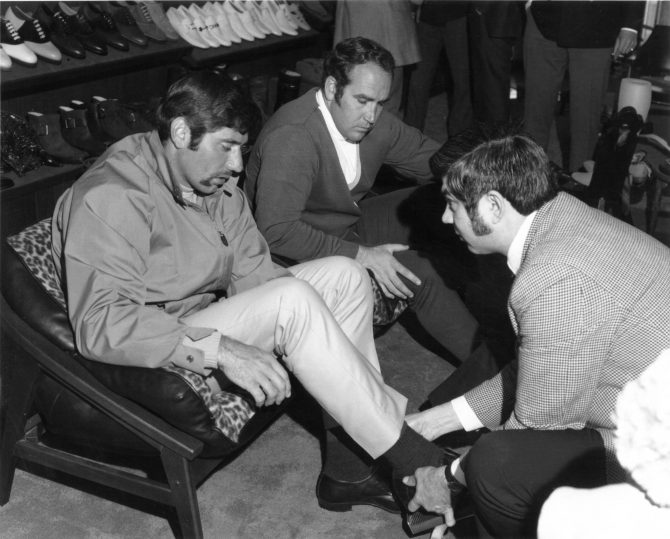 New York Jets quarterback Joe Willie Namath, along with a man believed to be San Diego Chargers quarterback John Hadl, shops at the Stanley Shoe store in mid-February, 1969, soon after leading the New York Jets to victory over the Baltimore Colts in Super Bowl III. Joe Namath had something in common with the shoe store--both had "Broadway" linked with their names. Mr. Namath, who had a high profile career as Alabama's top quarterback, was one of the featured guests at the 10th annual Washington State Sports Hall of Fame show on February 17, 1969. The sold-out show would be shown on tape delay on KTVW, channel 13. The News Tribune noted that Mr. Namath, who had recently opened several restaurants bearing his nickname-- "Broadway Joe"-- had his hotel room facing Broadway.