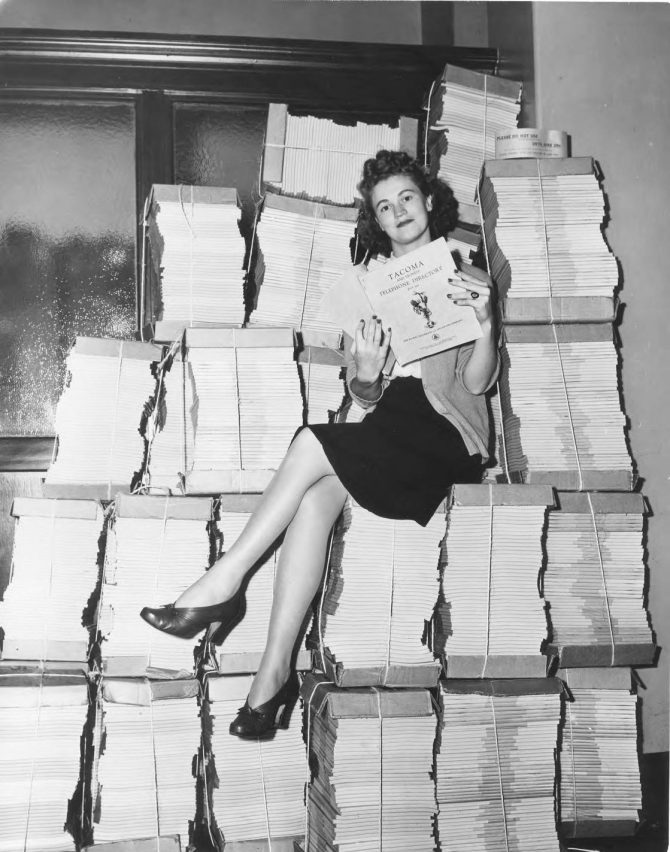 In June of 1941, Harriett Peterson, a Pacific Telephone and Telegraph employee, was photographed while perched on top of a stack of 2,000 copies of the new Tacoma telephone directory. Eighty five distributors began delivering the directories on June 26, 1941. The July, 1941 directory had more telephone listings, more pages in it, and more copies printed than any previous phonebook in Tacoma history. The information in the book did not become effective until Sunday morning the 29th, when approximately 4,000 phone numbers changed overnight and became dial operated.