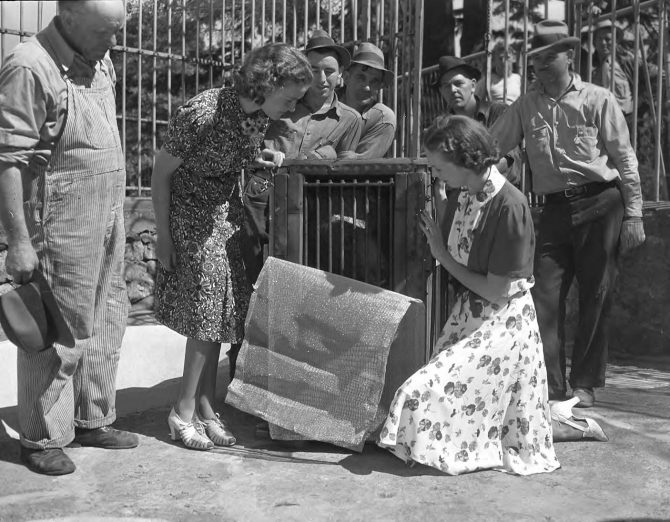 Two women peer cautiously through the bars of a shipping crate that was just delivered to the Point Defiance Zoo. The June 27, 1938 News Tribune announced the arrival in Tacoma of a two year old female grizzly bear. She had come from Yellowstone National Park, and was to join the zoo's male grizzly already on exhibit. Unfortunately, her new male companion was not waiting for her. He had escaped from his cage on June 14th, and was loose on the north end of Tacoma. He was not captured until July 3rd.