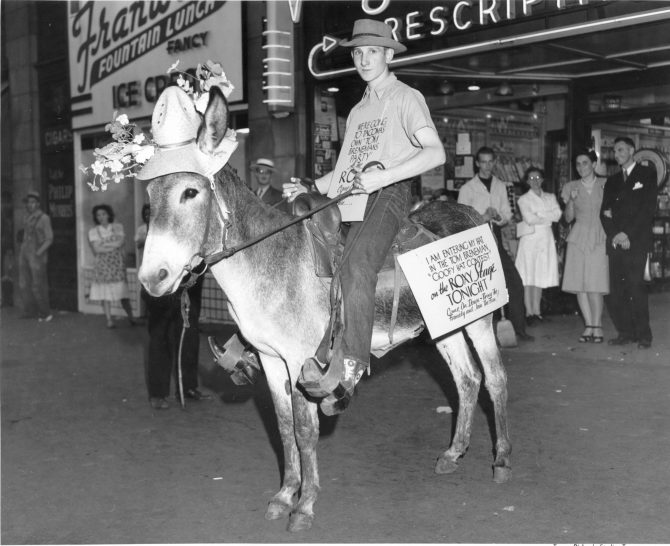 This unidentified young man helped advertise the "Goofy Hat Contest" being held on August 20, 1946 at the Roxy Theater by riding a mule through downtown Tacoma. The hat contest was just one of the events used to promote the movie "Breakfast in Hollywood" with Tom Breneman. The movie was based on the radio program "Breakfast in Hollywood" which also starred Tom Beneman. The radio program was broadcast locally on KJR.