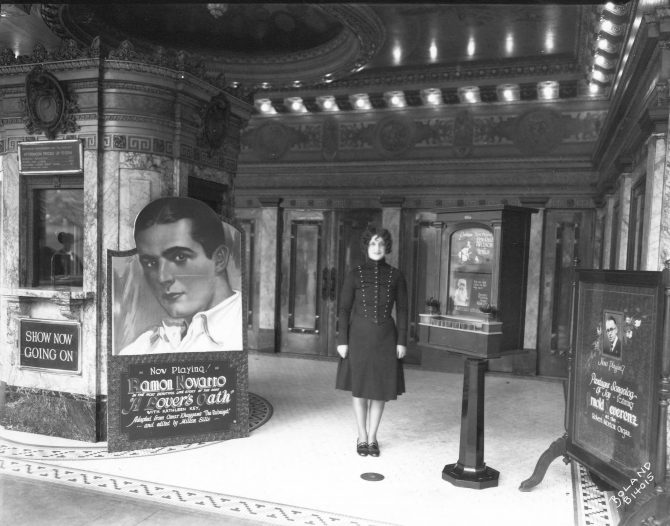 In January of 1926, an unidentified uniformed usherette stood at attention next to the ornate ticket booth within the exterior foyer of the Pantages Theater, located at 901 Broadway. The silent film "A Lover's Oath" starring Ramon Navarro and Kathleen Key opened at the Pantages on January 16, 1926 and ran for the traditional one week. Loosely based on the "The Rubaiyat of Omar Khayyam" the film was Navarro's first starring role.