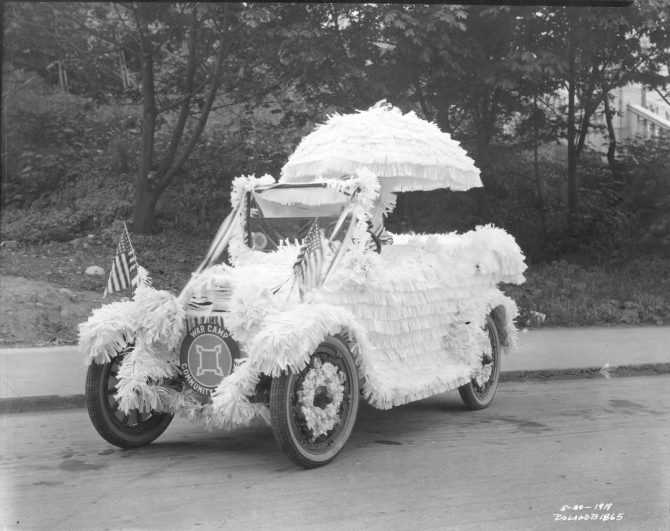 An impressive parade took place in Tacoma on the first Memorial Day following the end of the Great War, May 30, 1919. Veterans from the Civil, Spanish American and Great War (WWI) were represented with local Boy Scouts marching as the fourth generation. Bringing up the rear of the parade was the pictured decorated automobile entered by the War Camp Community Service. It was covered with frilled crepe paper and topped with a parasol. The War Camp Community Service was formed in 1917 at the request of the War Department. Its primary responsibility was to organize recreational and social activities in communities where servicemen and women might spend off duty time.