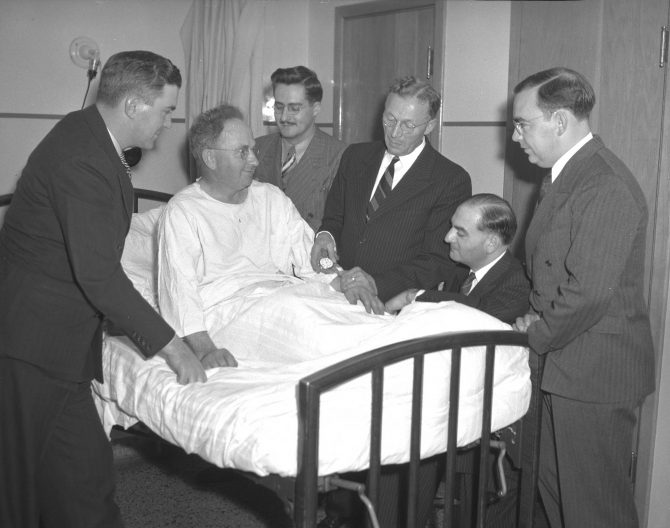 Dr. Clyde E. Gray took the pulse of an unidentified patient sitting up in a hospital bed in this unused publicity photo for the 50th anniversary celebration of St. Joseph Hospital. The names of the four other men in business suits were not provided. The hospital, which was founded in 1891, celebrated its anniversary from October 9 through 11, 1941. In its 50 years, it had grown from 10 to 300 beds. It was founded by the Sisters of St. Francis. A three- day jubilee was planned to celebrate the longevity of the hospital which included a colorful pageant depicting the history of nursing, a doctors' banquet, a nursing alumnae tea and a solemn high mass to begin the celebration. Tours and an open house were given.